Welcome to this site. The two E books available here, 'The True Christ Revealed and His Space Age Relevance' and 'The 5th Age of the Tree of Life 'Project', 30 B.C. to 750 A.D.' are both priced at $2.99 each, at Googles, Kindle, and Smashwords.

In the 'True Christ Revealed and His Space Age Relevance', Celtic accounts originally kept in Roman dominated Britain, of the boy and then the young man, who later became known as Jesus (the Wise), greatly fill in the many missing years of Jesus, including His extensive years of training. Jesus, as was Thomas the Twin, was schooled to accomplish what were then 'New Age' Missions, and to perform a variety of Roles, in an ancient and advanced astronomy based belief system, using 'reenactment Calendars'. All is explained.

Christ's final role was to both proclaim, and by His sacrifice timed for the eclipse on Pass Over in the year 43 A.D., to mark the End of the Old Covenant and the start of the New One, with a God of Forgiveness, Love, and Life, verses Vengeance, Anger, and Death.

The very human and very different true story of Mary and her sons, is as relevant today as ever, in the challenges she faced in a violent Roman, Celtic Pagan, and Judaic world. The true identity and significant role of Mary Magdalene (the Macha de Leone) is revealed...she was not the wife of Jesus, but Jesus did wed some one....

Each Template spans 780 years, (half an Etanic Cycle of 1560 years ), 'celebrating' in Time Architecture the number of the Template, in the series of One through Seven. In the 5th Age or Template, it is of no coincidence that the religion of Islam requires Praying to Mecca Five times or that there are Five Pillars of Faith, or that the Healing Hand of Jesus was His greatest strength and gift in that time, or that He was scourged the Five Times... replicated in the Four stabs and the Final 5th Pike (spear) in the Bull Fight, the caped Matador the 'Roman', Christ the 'Bull'.

Or indeed, that the 'King Arthur' cycles and lore, are from histories and lore of Five different 'Ul Thor' chiefs, spanning the 520 years from 30 B.C. to 490 A.D...And, find out the significance in our lives today, of Caliph al Mansur, Dennis the Isaurian, and of Coatl 111rd, the Evicted last Merovingian emperor.

I invite the reader to view the Table of Contents of the 5th Age book in its site section.

The 5th Age book will be accompanied by the other Six Ages, all now in progress for this year of 2021, to complete a 'True Tree of Life', history...All of my books, like those in my Blog Page, are for Seekers of Truth, and are all based on history as 'data'.

Hello, I am Dennis J. Foley. I am the author of The True Christ Revealed and His Space Age Relevance, among other works in history research. Contrary to conventional Christian teachings, there was always a history kept secret of the man who became Jesus. At times it is even a detailed history, one that gives not only account of Jesus previous to His last two years in Judea, but adds background to those two years. His family's home land was in Celtic Britain, the time frame of this history is between 30 B.C. and 70 A.D.. Both His story and that of His mother's, who was the 'Woman of Sorrows', are not only very human, but are very relevant today in this world of challenges.

Christ died during the eclipse of 43 A.D., an astronomical event He would have predicted Himself, trained as He was in Astro religion besides the scriptures, and in an Essene belief of an impending 'end times' for the Jews then. Christ would have known that dieing during an eclipse was, per Pagan beliefs then, to 'never die'...Learn of Astronomy based 'Calendar Reenactments' which both He and Thomas the 'Twin' had roles and missions in. In total, Jesus was and is a Space Age messenger, of love, acceptance, forgiveness, and of our having an 'after life' existence. 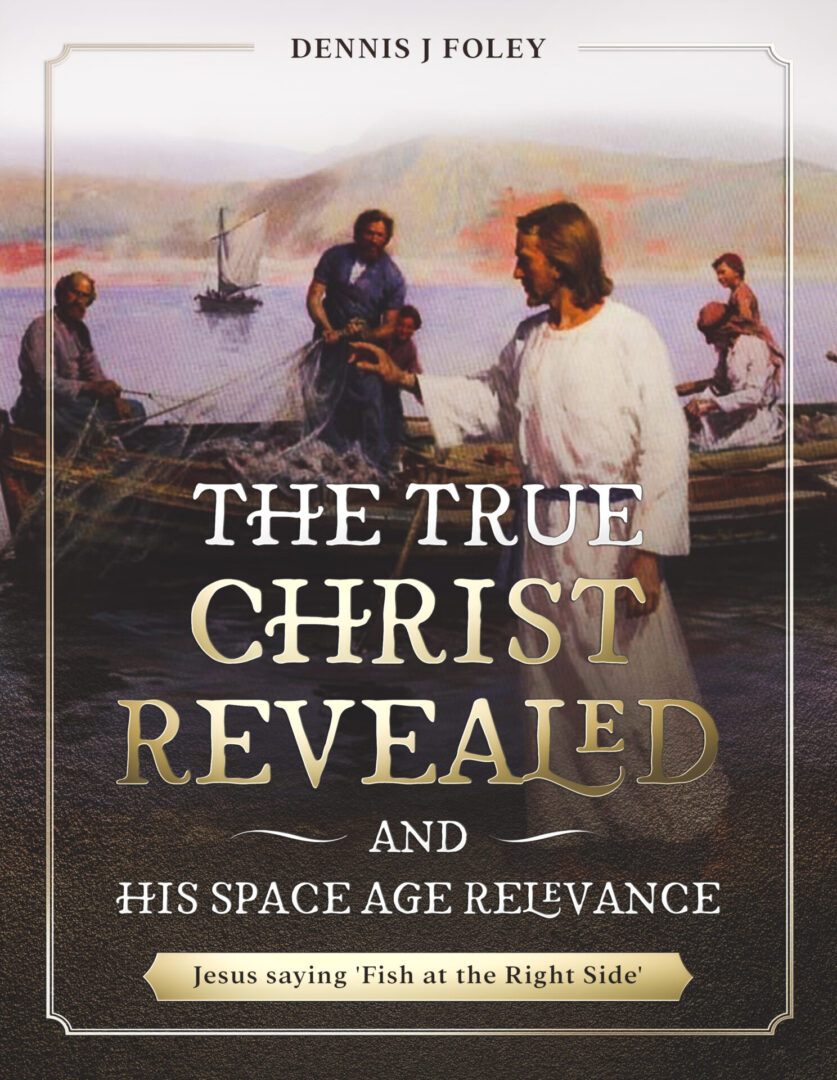 Excerpt from the Book

"The Queen of the Briganti was unique in that she was acknowledged by Rome as of true royalty, descendant of a long line of rulers. She like her father before her, was known as a Mantua, perhaps referring to their being both human and animal in spirit or in aspect.. She was the Mantua or Monte Pone', swift or little horse. Besides which, the Queen was also the Mother Goddess on earth for her people, the Ma Eve, whence in Arthurian lore we see the word name to describe her as the Gwen Eve or Queen Eve. This all proved to be pivotal in the history of early Britain and a division of the tribes of Britain, and subsequent complete defeat and subjugation by the Romans.

This and much more is gone into in the book, but this couple of Oengus the Druid and his Sorceress daughter and wife, chose Mary (Deidre) after her birth, as special as a 'King Maker, because of her red or auburn hair....and Green Eyes. These are the true Celtic not Jewish origins of Christ! Macha de Lin (Magdalene),'Mother of the King' of Concho bar mac Nesse, who had been a Tutor to Jesus, and was by now a mature woman when she came to see her student for the last time in 43 A.D., just before His self sacrifice."

Opening Your Mind To Alternate Depictions

The Princess or 'Sallie' who met with Jesus, was from faraway Ethiopia. Her meeting with the New Solomon Jesus, was the Reenactment of the Salie or Princess of Chou Ba who came to visit her then cousin of Solomon in Israel, exactly a thousand years earlier. That earlier Princess came by sea from Chou Ba in China and went on to found a gold mining trade colony in Africa, whence 'Sheba'. The Sallie who met Christ was of that royal lineage descended from Solomon, and after the crucifixion of Christ accompanied the elderly 'Mother of the King' (of King Concho bar) to what is today Marseilles France. She became known through out what became Europe, as the Black Madonna." 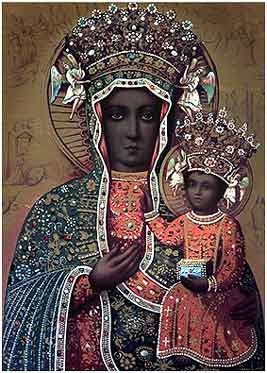