The '5th Age of the Tree of Life' is one book in what will be a series encompassing a specific history of man, from 3150 B.C., guided as man has been since that time by what I term as, 'Time Architecture'. In this particular form of Time Architecture in our history, there are Templates which have each spanned 780 years, half the length of the terrestrial Etanic Cycle of 1560 years. All Seven Templates have 'replicated' in unique ways, their Age number, in the One through Seven sequence. This book is of the 5th Age Template.

I have discovered all Seven Templates and will be publishing two additional books rich in history as is this one, to reveal and to absolutely prove them. Evidently, it was and is a 'Project' created and continued by very advanced Beings, Super Natural if you will, to improve man kind morally. The Project entails the continuous creation of new religious beliefs and movements, in every 780 year Numbered Age, often using individuals who have been 'chosen' (used?) for this purpose. Religious movements with their passions and often their subsequent wars, has been a mainstay of history and preoccupation by man.

The best way to explain the 5th Age book is to show its Table of Contents, A history professor who gave the book a (4) in his review, complained it was too much history and that he was over whelmed. This book is not an exercise in history for history's sake, but it is an abundance of history as Proofs, beyond possibility of 'coincidences', of the existence of the 5th Age 'time architecture' based on the number (5), timed to begin in 30 B.C. with the official Founding of the Roman Empire, and to end in 750 A.D. with the Founding of Baghdad by Caliph al Mansur, along with the Eviction of Emperor Coatl 111rd of France. For many, this concept of our history being guided may be unsettling. But, what of Bible accounts of unusual events and 'angels', and the super natural actions of Moses and Jesus?

The Table of Contents of the '5th Age' book.

Chapter 1. Introduction and Explanation of the Tree of Life 'Project'.
Chapter 2. The 'Open Gate Way' Period of 70 B.C. to 70 A.D..
Chapter 3. The FIVE Calendars Starting With the 'Promised Lands' One.
Chapter 4. The FIVE 'Millennium' Calendars.
Chapter 5. The FIFTH House of Pisces, the 'World Flood' Calendar.
Chapter6. The FIVE 'Claws of the Dragon' Calendar.
Chapter 7. The FIVE Temples of Caesar Augustus.
Chapter 8. The FIVE Mothers of Christendom.
Chapter 9. The FIVE 'Arthur's' In the One 'King Arthur' Legend.
Chapter 10. The FIVE Good Emperors, of Nerva to Marcus Aurelius.
Chapter 11. The Roman Military's 'Soter Puzzle' and Secret Christianity.
Chapter 12. The Emperor Constantine, Son of Man Made the Son of God.
Chapter 13. 555 A.D. and the FIVE Peaks of Rennes-le-Chateau.
Chapter 14. The FIVE Pillars of Islam, and the Prophet Mohammed.
Chapter 15. The FIFTH One Enthroned, of the Caliph al Mansur, 750 A.D...
Chapter 16. The FIFTH One Evicted, of the Emperor Coatl 111rd, 750 A.D...
Chapter 17. The 780 and 1560 Year Cycles in History and Weather.
Chapter 18. The FIFTH World Age of the 'Anga Maya', the Gemini 'Twins'. Bibliography. 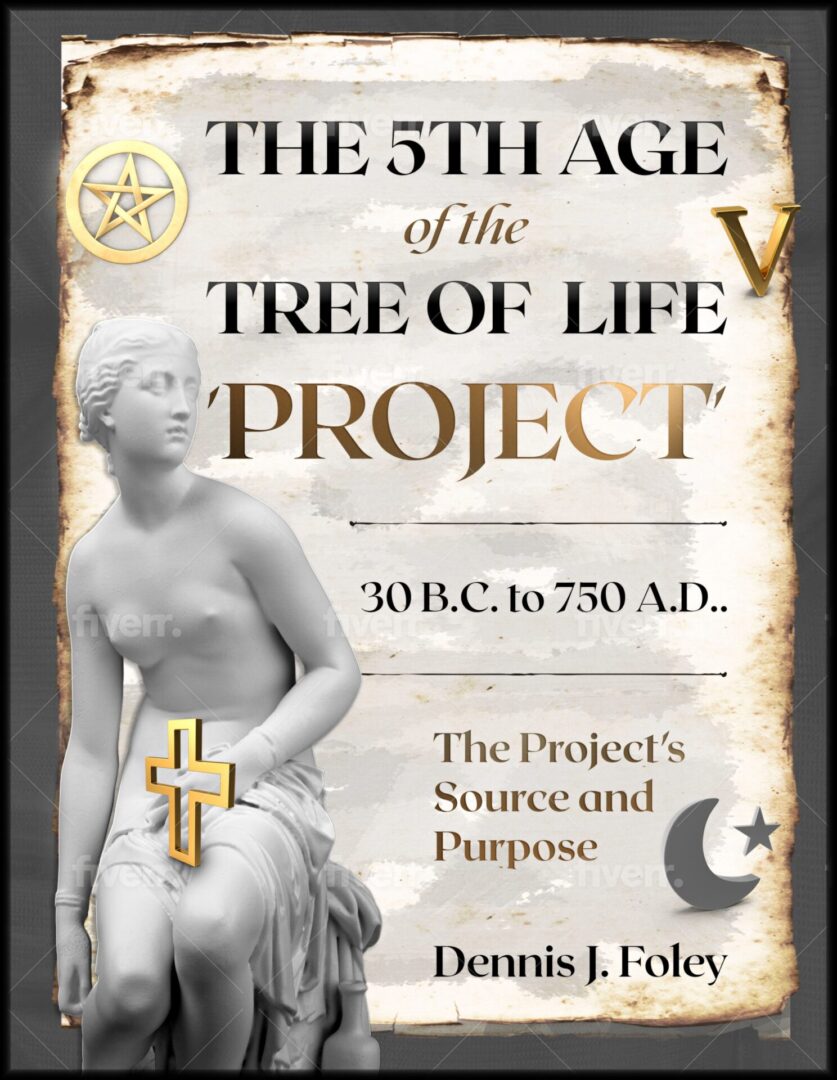